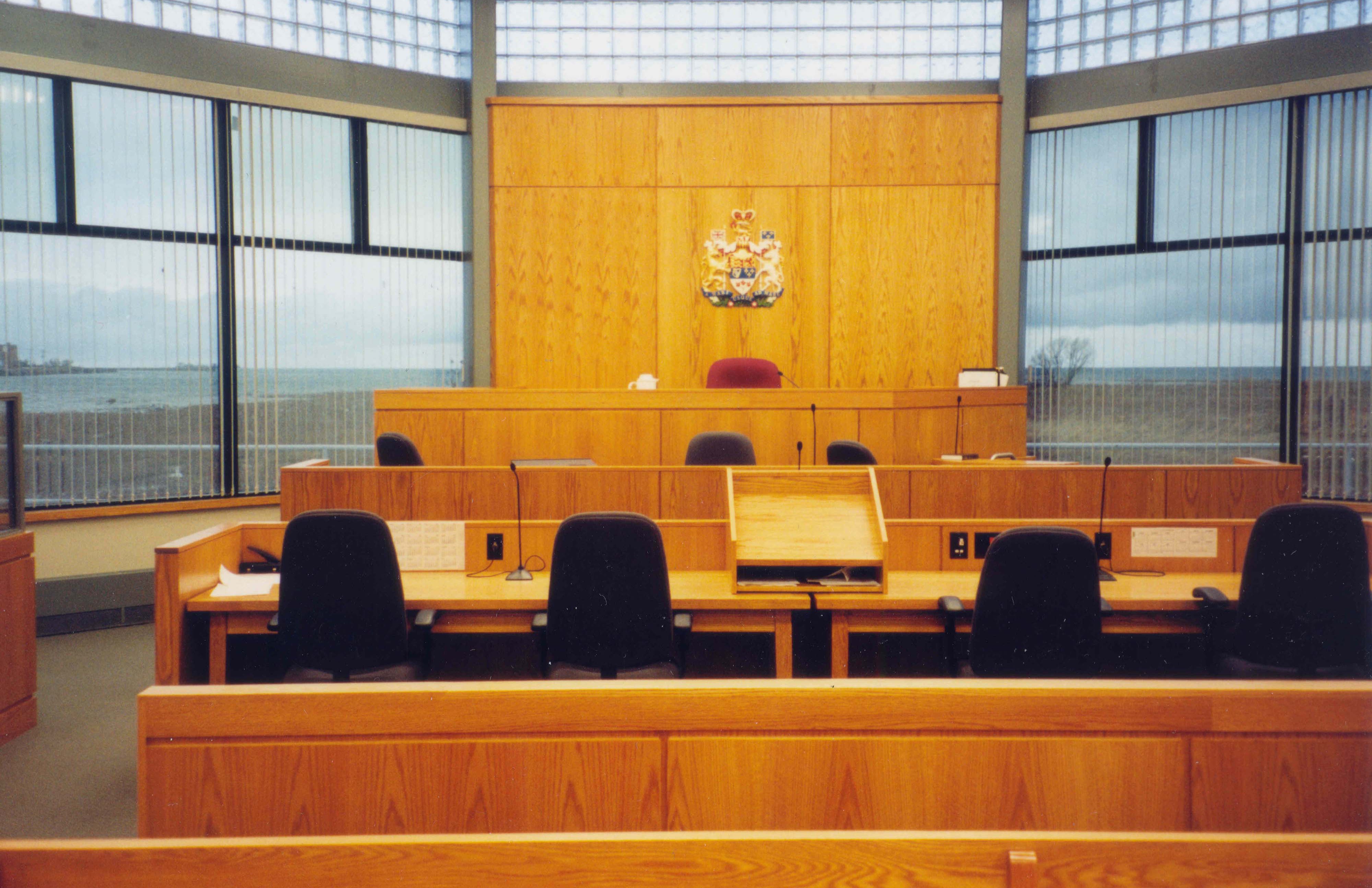 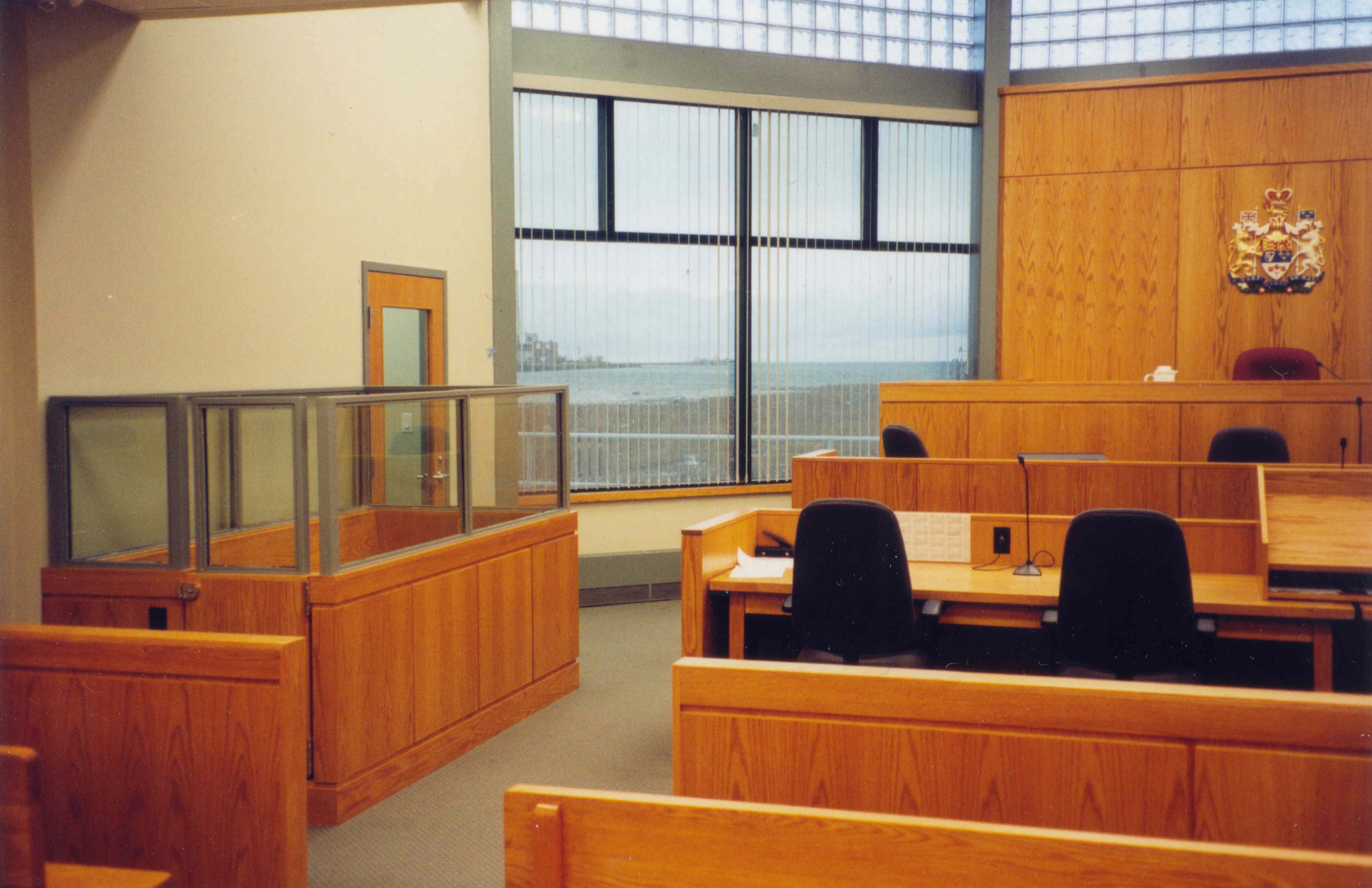 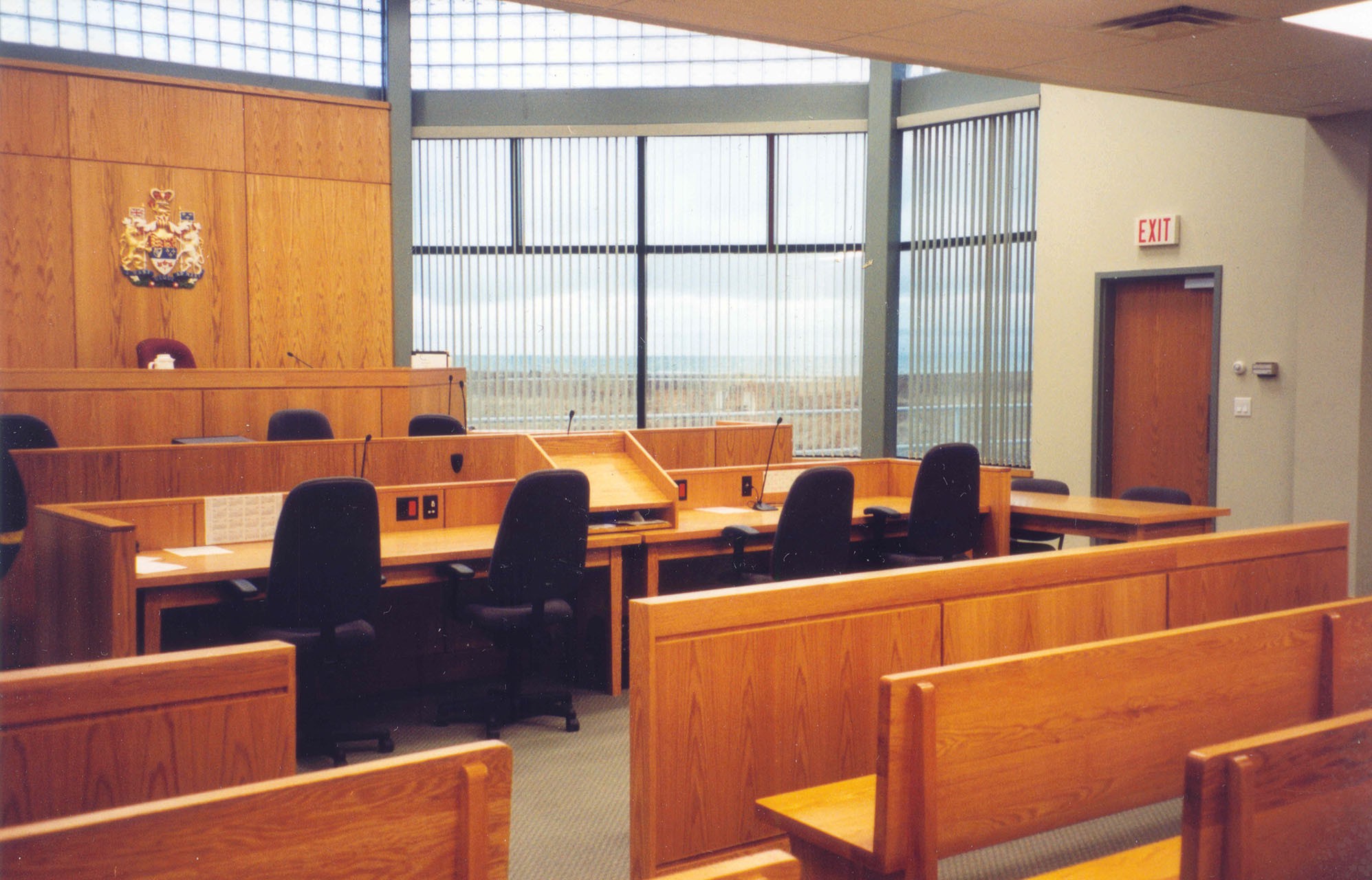 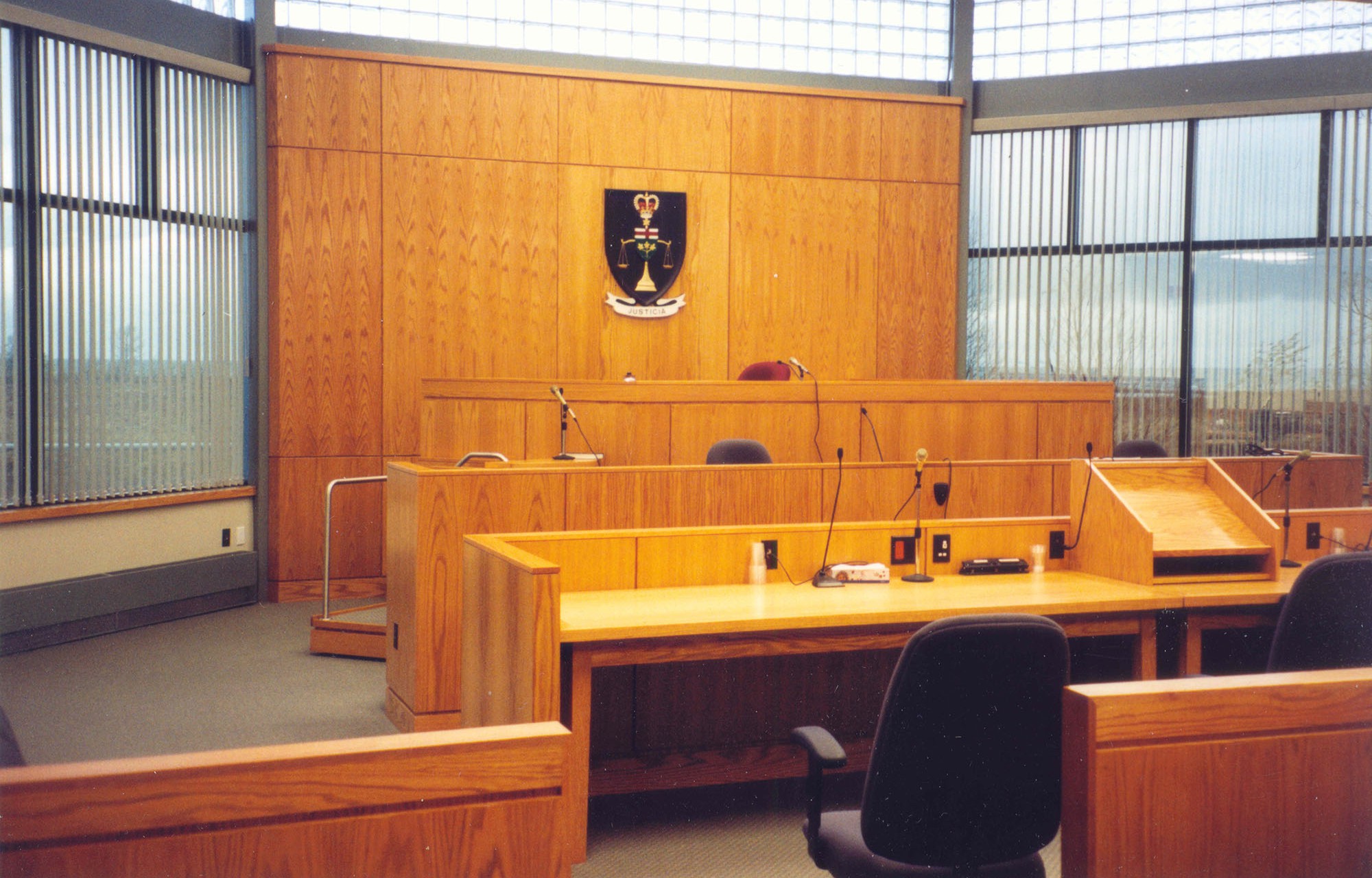 The new Collingwood Courthouse Project was an Adaptive Reuse Project converting an existing 18,650 sf Restaurant on the southern shores of Georgian Bay into a combined Courthouse and satellite campus of Georgian College. The Courthouse occupies approximately 12,500 sf while the College utilizes 4,000 sf. The unique program requirements of the Courthouse with its ancillary Detention program (5 cells and 1 bullpen) required extensive structural modifications to the existing steel frame building. The distribution of the program resulted in both courtrooms and both judges’ chambers having fully glazed rear walls with views to the Bay. Richard Ziegler Architect provided Full Architectural Services with the Ontario Realty Corporation acting as Project Managers. The delivery of the Project was handled in two distinct phases and tendering packages. The Project was delivered on time and under budget.